The daftest thing, or perhaps ‘way the coolest’ at this year’s PGA Show was The Finn Cycle by Sun Mountain.

Sun Mountain is one of my favourite golf bag & luggage manufacturers. As I was saying earlier in this section, so many companies at the PGA Show seem to be launching themselves in completely new directions with lines of products that bear little relation to their original. Sun Mountain has to be the most radical…

Is it a mini Harley-Davidson, a Ducati, an old Indian? What it is a ‘Mountain’ load of fun. The new Finn Cycle division of Sun Mountain are calling themselves ‘Sun Mountain Motor Sports’ and all I can say is, these guys must thrive on diversity as this bears no relationship to their stock golf bags or push carts.

The idea is we’d play a whole lot faster on the back of a Finn. My take is it’ll bring much need ‘new blood’ into the game when youngsters see us ‘old duffers’ hurtling down the fairways at breakneck speeds (the Finn goes as fast as 15mph – although in the saddle, it seems a lot faster). The soft, fat tyres ensure stability as well as looking after the terrain and it’s a doddle to ride, a synch to park and quick-on-the-draw when it comes to getting out the next club.

The business model for golf club owners is they can have their own fleet of Finns and send riders out into the great green beyond – en masse! What a blast that would be! Although, to avoid getting snagged up behind said ‘Old Duffers’ it would help if everyone was on a Finn. “What’s the difference between a Finn and a golf cart?” I hear you think. Well, a Finn is twice as quick as each player doesn’t have to go trundling after the other fellahs ball and sit their listlessly waiting on him to hit. Within seconds of your drive for instance, you’re up on your ball and ready to take the next hit. 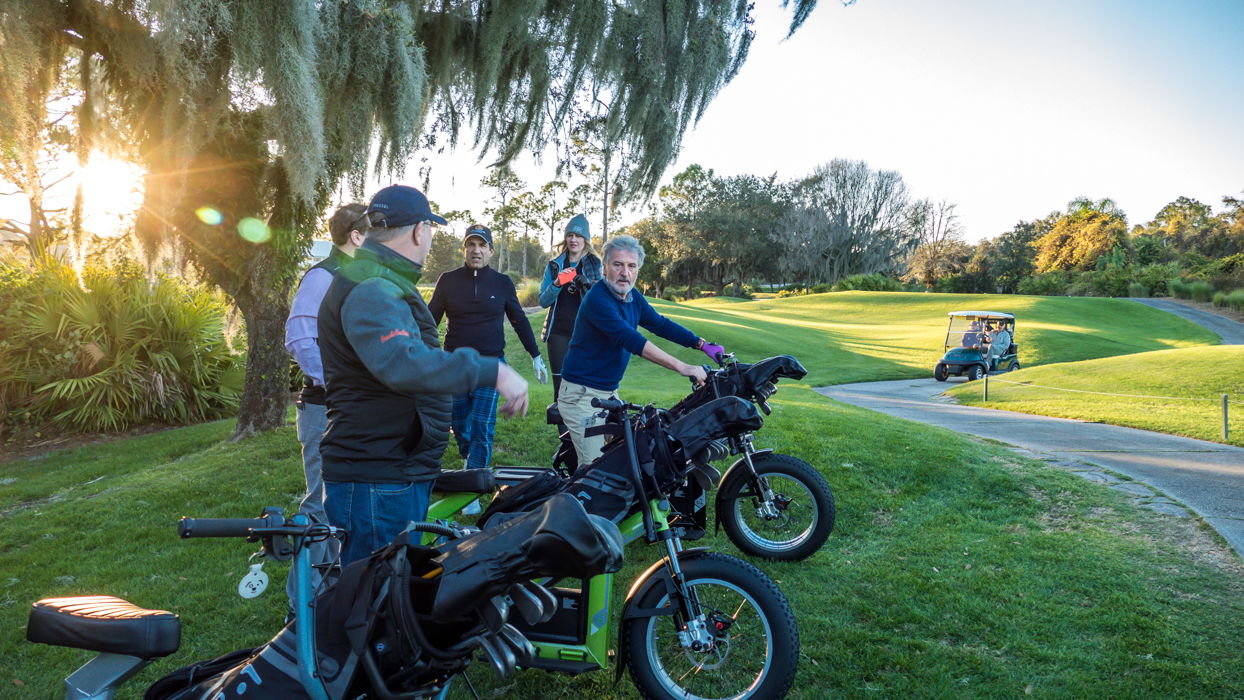 We tried them out at our 16th hole at Lake Nona. (It was a shotgun start so I have no idea what the actual hole number was). Saddled up with a set of clubs strapped between my legs, I felt like Steve McQueen about to make a ‘Great Escape’. They’re such a ‘blast’ to ride making all those hours spent sitting in golf carts waiting…. no wonder guys are taking their bluetooth speakers and tequila with them these days – a thing of the past. 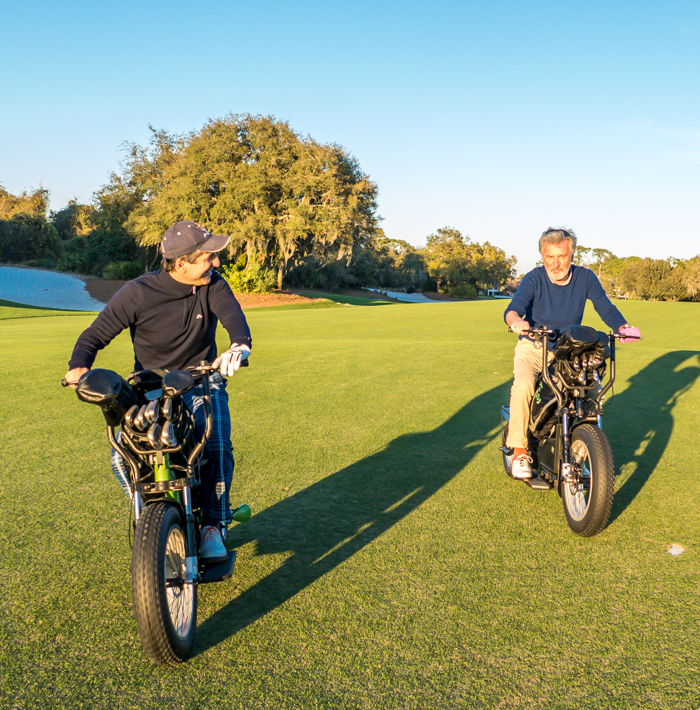 There could be problems I admit – like mid-fairway collisions from over-exuberant stuntmen. Or maybe those unsure of which ball’s whose! Trying popping wheelies or figures of 8 could get the marshal breathing down your neck – or perhaps an alligator should you side-slide into a lake. There are also trees, bushes and bunkers out there that might catch more than just the errant golf ball. I remember when quad-bikes first came out, I ended up in the gorse bushes on a Scottish off-road adventure trek. Taking a Finn to the likes of Royal Dornoch or St Andrews might end up in a prickly plight.

But the advantages by far outweigh such minor issues. To reiterate; pace of play would be blistering. If everyone on course was scooting around on one of these babies, a two-hour 18-hole round would be within easy grasp. It’ll also grab the attention of everyone and I can guarantee a lot of kids would take up the game just to peel up the fairways like Judge Dredd (although they probably won’t know who he is)… 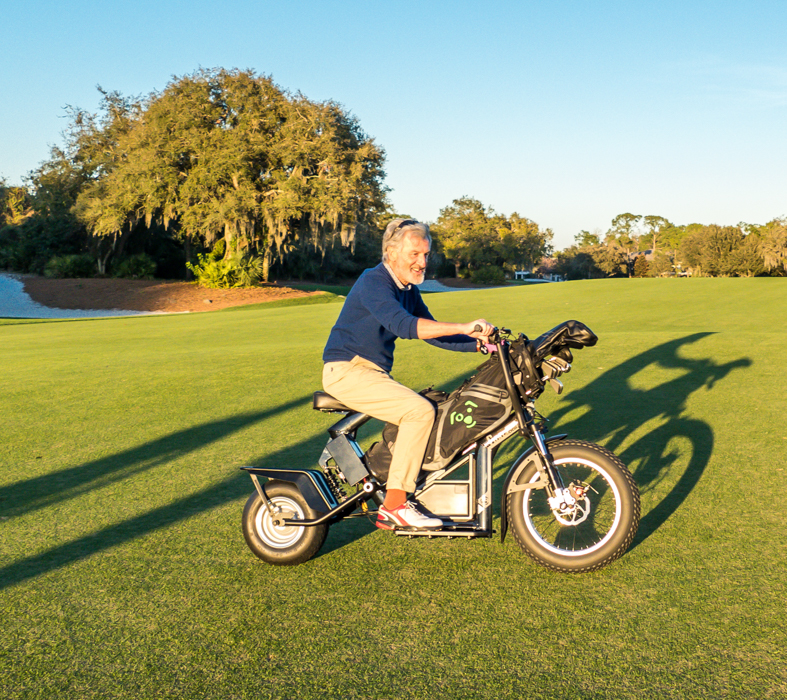 So all in all, I think it’s a wonderful idea, if a little radical for most traditional golf courses. Where it might score is on courses looking to attract the paying public who might not otherwise give golf a second glance. Look at Top-Golf! They’re going great guns right across the States now attracting a whole new generation to pick up a club. The Finn is a load of fun so it might just catch on.

FinnCycle will begin arriving at golf facilities in Spring 2019.

David has been Scotland's official golf photographer and most published travel writer for the past two and a half decades. In that time he has visited every single golf course in the 'Home of Golf' and played most of them.

This may be a good place to introduce yourself and your site or include some credits.

Gentleman Golfers Gazette is presented by some of the best known writers in the game. Join our team of illustrious golf travellers as they bring you the best destinations on the planet.

Get all latest content a few times a month!